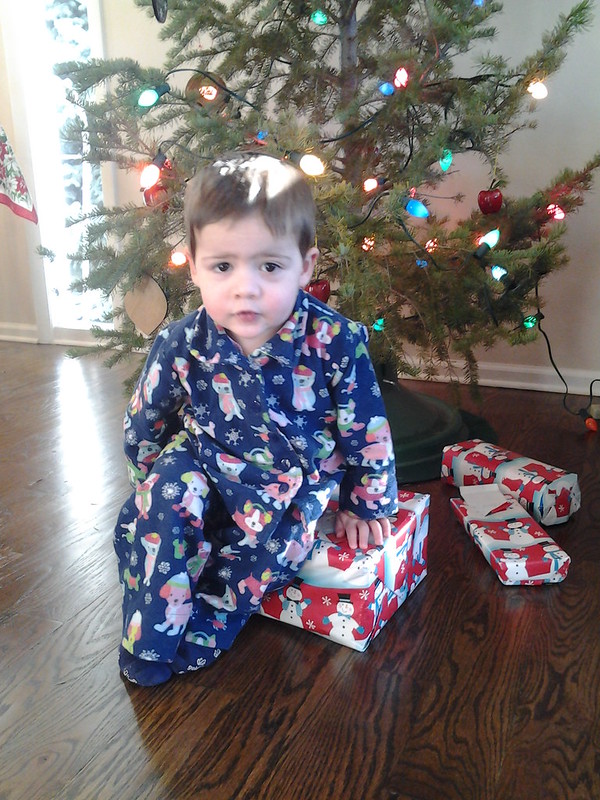 I was not anticipating having to knock out more pajamas this year. (Sorry Core Wardrobe you’re at the back of the line again.) In rare form, I planned ahead for winter clothes for the little guy, even making one more set of pjs for him in August. Now all of a sudden toes are popping out of footie pjs and torso and arms are longer than his pj tops.

Thank you Shwin & Shwin for your free Pajama Rama pajama set pattern to solve my dilemma. I made this 4T pattern for my almost 3T little guy with the hopes that I can just lower the really deep hems next winter.  We’ll see. 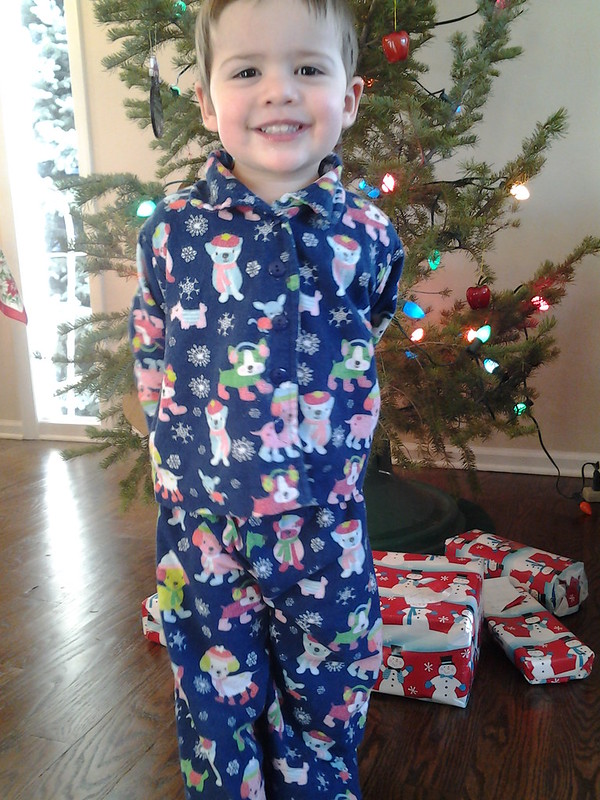 Aren’t those puppies so cute? This flannel was originally intended for his Christmas Eve pjs, but necessity meant he was wearing these early. -And yes I know flannel isn’t made for kids pjs. I’m a grown up, my choice.

Do you see my goof up?  Puppies on one sleeve are “uppa see down” as my son would say. Yeah, I didn’t notice until I was sewing the button holes, so you know, not gonna fix it now.

Here’s a second version I made out of a stretchy polartec fleece. 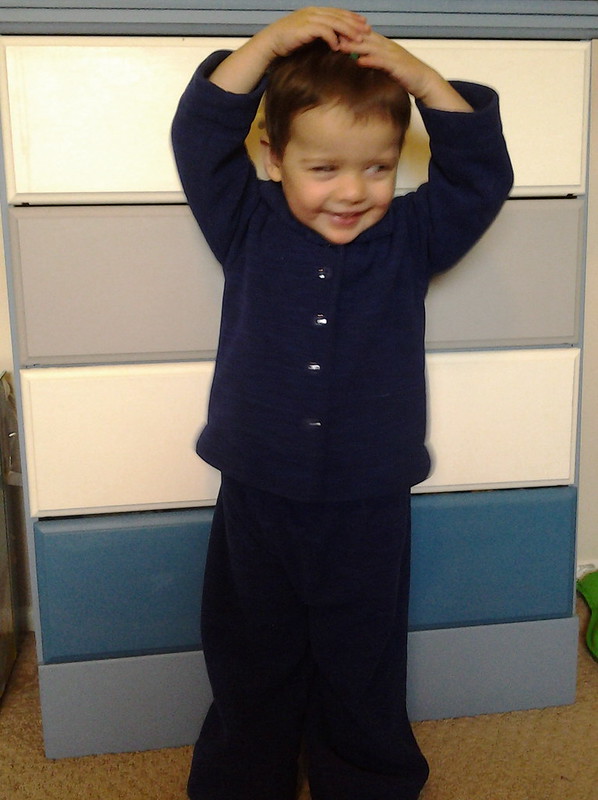 Little guy says these are “so soft and fluffy”

This last set I made this week is under wraps until Christmas Eve. 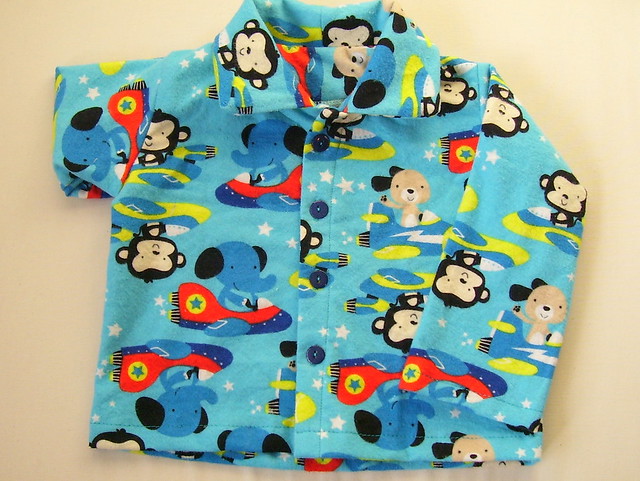